As Sustainserv celebrates its 20th anniversary, its team has witnessed a long arc in the way companies are integrating sustainability into their strategies, operations and reporting. Originally, sustainability was “the right thing to do,” but many viewed it as an added expense and a hit on profitability. When the concept of “net zero” emerged in the context of greenhouse gas emissions and climate impacts, it seemed ambitious that a company could reduce its harmful emissions enough so that its adverse impact on climate change was zero. Now companies are going beyond zero and seeing the possibilities of actually leaving the world better than they found it, or net positive.

If a company is net positive regarding greenhouse gas emissions, over the course of its operations, it is removing more greenhouse gases from the atmosphere than it produces. This is generally the scenario that most people think of when they hear the words “net positive.”

According to Forum for the Future, “Net Positive is a new way of doing business which puts back more into society, the environment and the global economy than it takes out.”

While greenhouse gases continue to dominate the net positive conversation, companies can be net positive on topics other than emissions, such as waste, water use and forestation.

“Net positive companies will reverse the actions that have contributed to environmental degradation, shrinking biodiversity and social erosion – they will create positive impacts on everyone they touch,” said Andrew Winston, Sustainserv colleague and author of the upcoming book, “Net Positive: How Courageous Companies Thrive by Giving More Than They Take.”

An example is Riverside Natural Foods, a Sustainserv client that recently committed to the Future Fit Business Benchmark, which has 23 ESG benchmarks to address net zero and beyond to net positive.

“We created Riverside to fill a void my sisters and I noticed in the marketplace, which was healthy granola bars for kids,” said Nima Fotovat, president of Riverside Natural Foods. “Starting from a place of personal values, we naturally decided that our company shouldn’t just clean up after itself but also become a restorative force in the world.”

Many companies use SBTs to achieve net positivity.

One milestone on the path to net positive for many companies is establishing a science-based target (SBT) with the SBT Initiative. Riverside recently set an SBT to reduce greenhouse gas emissions by 30% by 2030, as compared with 2020 levels. With company revenues doubling every three years, setting this goal was especially challenging because 80% of Riverside’s emissions come from food manufacturing processes, which are on a trajectory to increase alongside growth in sales.

“We’re seeing more and more of our clients setting goals in line with the latest thinking from the climate-science community,” said Matt Gardner, managing director and co-founder of Sustainserv. “We’re seeing a groundswell of interest in setting SBTs, which in many cases is part of a larger vision to achieve net-positive status in terms of climate impacts.”

Read “What are SBTs and Why Does Your Company Need One?”

To raise awareness of the science-based ESG goal-setting activity among the world’s largest and leading companies, the project Pivot Goals was founded by Winston Eco-Strategies in 2012 and now receives support from Sustainserv. Due to the marked increase in net positive targets, PivotGoals.com now tracks net positive goals in its data collection.

What is driving companies toward net positivity?

Companies’ motivations to perform in a “sustainable” manner vary widely. For some it is central to their purpose and mission. For many others, it is a response to pressure from stakeholders such as customers, investors and employees who want the companies they buy from, invest in and work for to be more proactive on ESG issues.

“Investors and asset managers are perhaps the loudest voices in the room right now,” said Matt. “The pressure on companies to release sustainability reports and disclose their performance according to global standards has ratcheted up significantly in the last few years. This rising tide is prompting more companies to consider the possibility of becoming net positive. And many are seeing that not only is it possible, but being net positive can offer competitive benefits as well.”

No company would ever make the claim that a net positive goal is easy to attain. It’s a major challenge to refocus a company around this goal and root out all the places where waste can be eliminated or converted to an asset, innovate new technology to eliminate emissions or change a company culture to embrace diversity and equality. These are not simple targets.

“For us, our employee base has been a huge powertrain for encouraging us to go for net positive,” said Nima. “Their personal goals align with the company mission, so in that way we haven’t had to convince our own people about supporting a lofty goal – on the contrary, they are very excited about being a part of it.”

If Sustainserv has learned anything about sustainability in their first 20 years, it’s that change, sometimes rapid change, is the only constant. So while net positive was only recently a “pie in the sky,” it’s already progressed to leading edge. And as the company has done for 20 years, it’s already looking ahead to what may be next.

“It’s scenario planning using sustainability as the lens,” said Matt. “If scenario-based planning had been mainstream three years ago, the world may have been better prepared to deal with the craziness that was 2020. We’ve got to be able to talk about all the possibilities, so that we can be more proactive.” 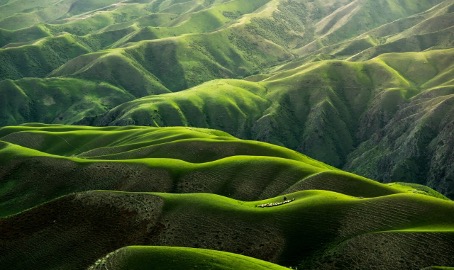 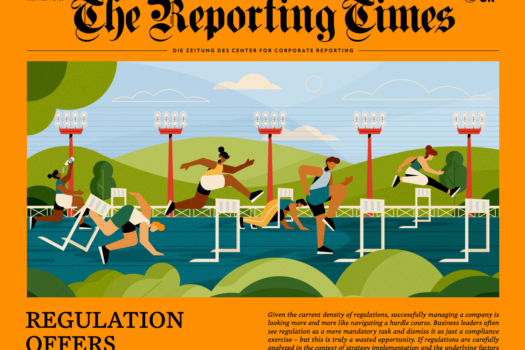 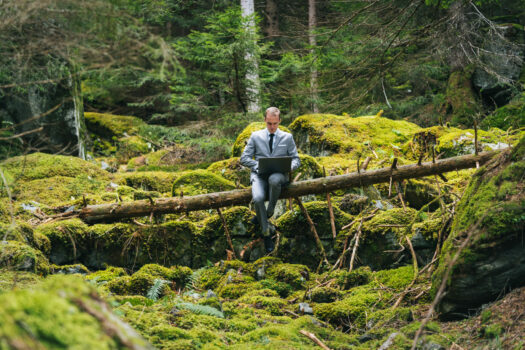